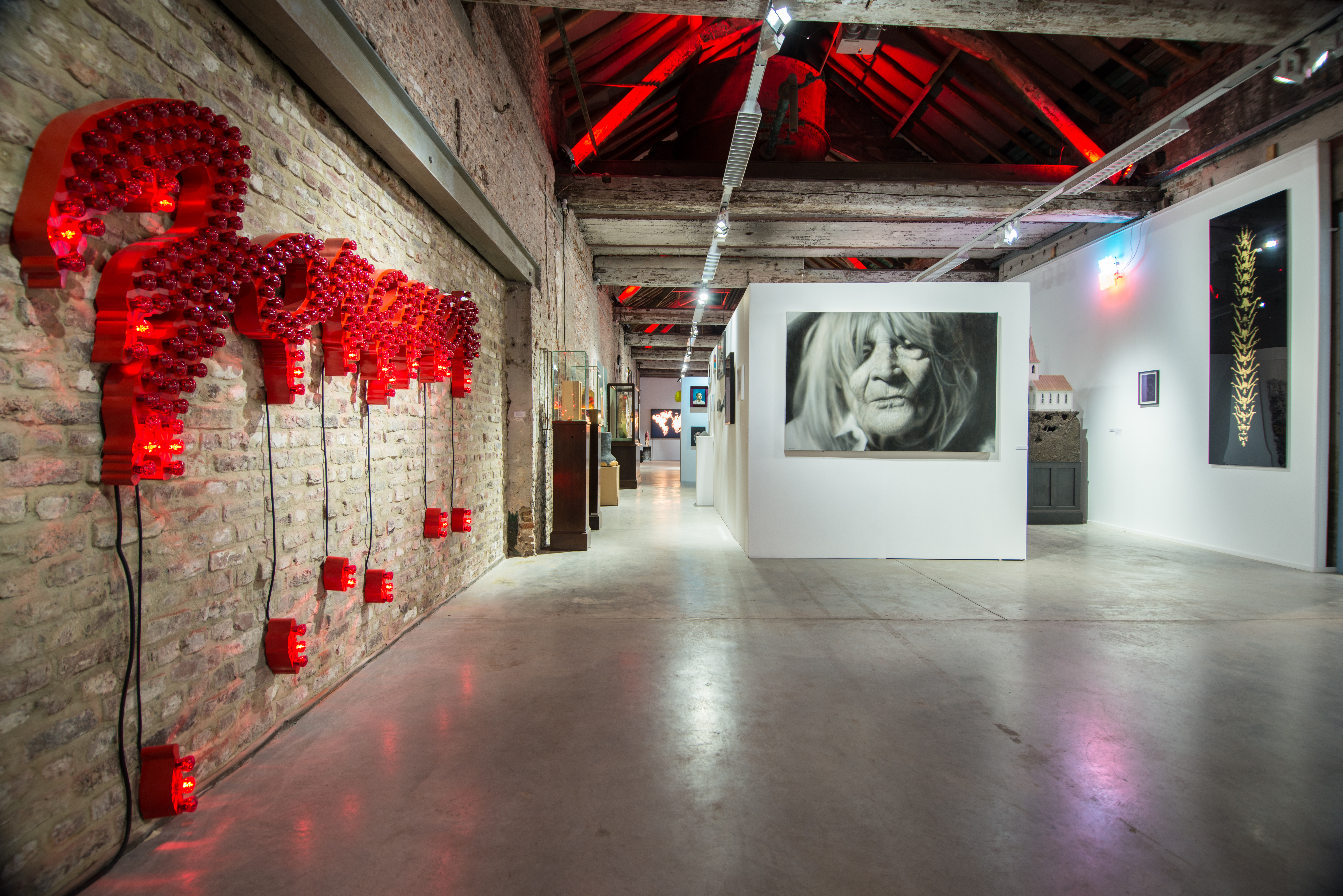 Jerome Jacobs was delighted to accept an invitation by Gery Van Tendeloo to take over the BuBox for an exhibition entitled Forever.
After visiting the location and discussing with several participants, Jacobs decided to put together an exhibition aiming to be diverting albeit ironic and thought provoking.
A proliferation of polymorphous works is staged in a labyrinth that progressively reveals various contemporary artists, renowned or not. Like a chaotic collection amassed by an itinerating hoarder, the show combines beauty and ugliness, refinement and vulgarity, thus creating a simultaneously captivating and disturbing ambiance.
Human history unravels its red thread between past and topicality, questioning an uncertain future in a sometimes grotesque, often insolent manner. Visitors are forced to stand before the mirror of their own humanity, in front of their projections and biases on the makings of our contemporary society and its conflicts.
Pain consorts with humour, recollecting the complexity of our very existence and its indissoluble relationship with the Other, Nature, the Earth. At times classical, sometimes eccentric, the works all explore the interactions between the spiritual and material worlds, relinquishing visitors to introspection.
Although dark, the vision remains filled with hope, summoning us to keep in our breath during an artistic stroll before - perhaps - breathing better afterwards.
Forever ironically contemplates the passing of time, our fantasies of eternity, ideals that have become diktats and the hopelessness of holding back the march of History, of our infinitely small history in the light of an increasingly mysterious universality.
Is our passage on earth just that, a for-never… with our constant need to feed on thrills to forget all about the end? Or conversely, have we lost sight of the fact that we will be here 'forever', detached from all that seems essential amidst the heap of futilities that make up our daily lives?